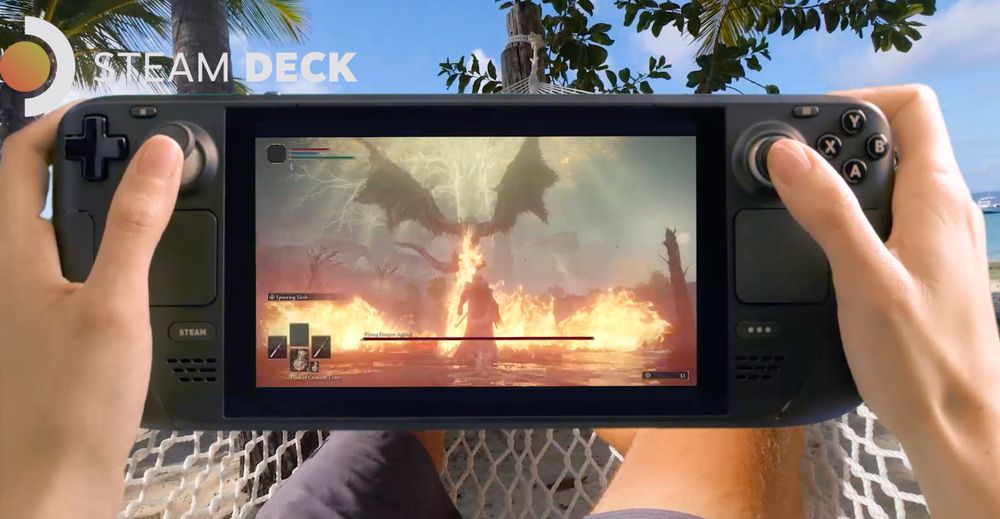 Steam Deck is Valve's handheld gaming console is an interesting piece of hardware.

Powerful enough to provide access to an entire Steam library while still offering similar levels of portability as the Nintendo Switch, it's a device that promises plenty on paper.

Particularly for PC gamers, the potential to access a collection of games even when away from their hardened setup is tantalising. And with multiple updates landing since launch, some of the early kinks appear to have been ironed out by Valve.

Running on a modified Arch Linux operating system called SteamOS, it won't run all Steam games but will run a lot of them and run them well. Elden Ring for example runs incredible on the handheld.

Steam's store will show you which games run on Steam Deck from verified, to playable to incompatible as well as why playable might have issues (usually due to smaller text or sometimes needing a keyboard), but the games it does run make this console enjoyable.

You can also hook it to a larger screen and sync a bluetooth controller such as Xbox or Playstation to it and play the same as you would non-handheld consoles, much as you can with a Nintendo Switch.

The screen itself is a 7 inch touch screen, and the built-in controlls feature everything but a keyboard (it does have a virtual keyboard and can have keyboards plugged into it).

Overall, this is a fun handheld to pick up and play and also put down whenever you want, battery life isn't the greatest but really that's expected for something like this.