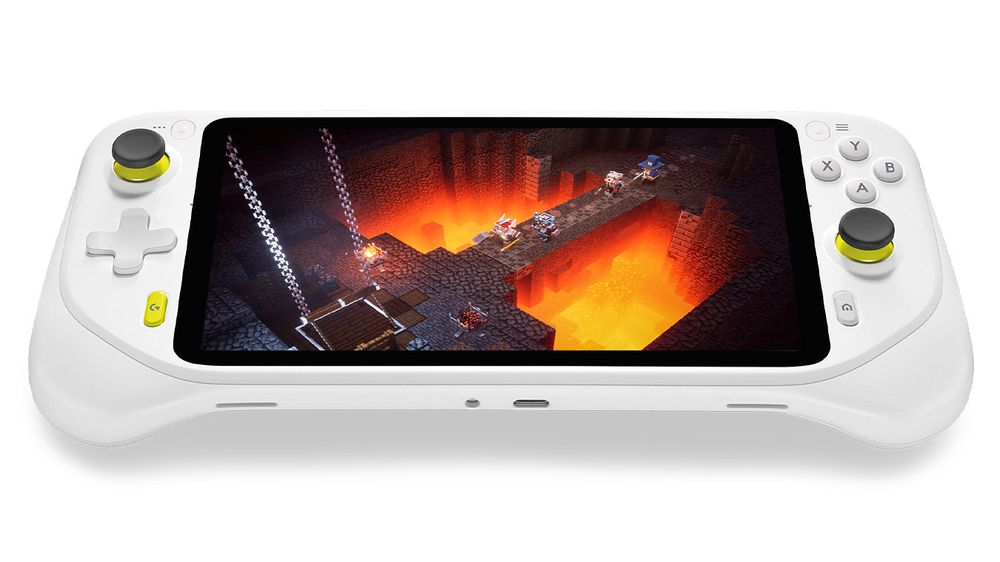 It's not quite as powerful as a Steam Deck since, with most of the heavy lifting handled by streaming game servers elsewhere, it doesn't need to be, but as a cloud console, it's pretty handy. As an Android tablet, it also features the Google Play store as well.

The cloud gaming landscape is still messy, Xbox Game Pass is growing it's offering and even plans to expand into VR while Google's Stadia has called it quits and begun issuing refunds to customers. Meanwhile, Nvidia's GeForce Now continues chugging along in the background picking up the slack.

This puts the Logitech G Cloud in an interesting position. It sits somewhere between streaming games to a mobile device with a dedicated controller and something with far more capability and power like the Steam Deck. However, a limited number of supported cloud services and a steep price for entry make the G Cloud feel more like a proof of concept than a true competitor.

The G Cloud is a 7 inch Android tablet built into a custom controller / shell at its heart, with all the features you'd expect to find on a controller. The screen is also a touch screen being a tablet at heart which comes in handy.

When you first set the G Cloud up, you can choose to have it load in tablet mode or the recommended handheld mode which is a launcher similar to the Nintendo Switch home screen, complete with a series of tiles cascading horizontally in order of most recent use to give it more of a console feel.

Having the Google Play Store available means you can download just about any other app you might possibly want, such as Netflix, Disney+, or the near-endless stream of Android games.

The only real caveat with the G Cloud is that there’s no internal 5G radio, so taking the Logitech G Cloud on the go will require connecting to a mobile hotspot or finding WiFi somewhere in order to play Without WiFi, the G Cloud amounts to nothing more than a pretty paperweight, unless you plan to use it for Android mobile games. These days, WiFi is everywhere and connecting to your phone or other hotspot is quick so it's less of an issue than it would have been.

Overall, this is a fun handheld that lets you pick up your games and play.