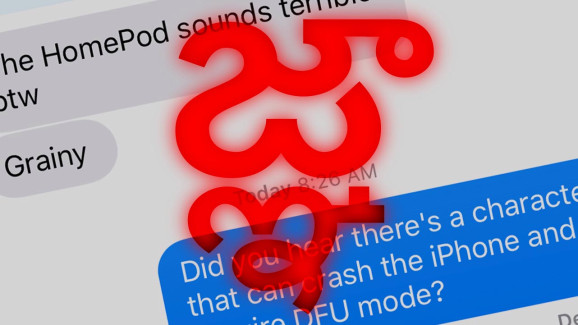 Sending a specific Indian character in a text message can crash an iOS device’s Messages app and potentially require the device to be restored from a backup, Italy’s Mobile World reports. The bug follows last month’s device-freezing ChaiOS issue, which Apple rushed to patch in iOS 11.2.5, but has more serious potential to damage the data on your device. Backing up your iPhone or iPad right now might be a good idea.

The triggering character comes from the Telugu language, spoken by roughly 70 million people in India, and is shown (safely) in the image above. According to the report, if the text version of the character is either received in a message or pasted into a text field, applications can freeze or iOS as a whole can crash. Attempts to restart the application will fail.