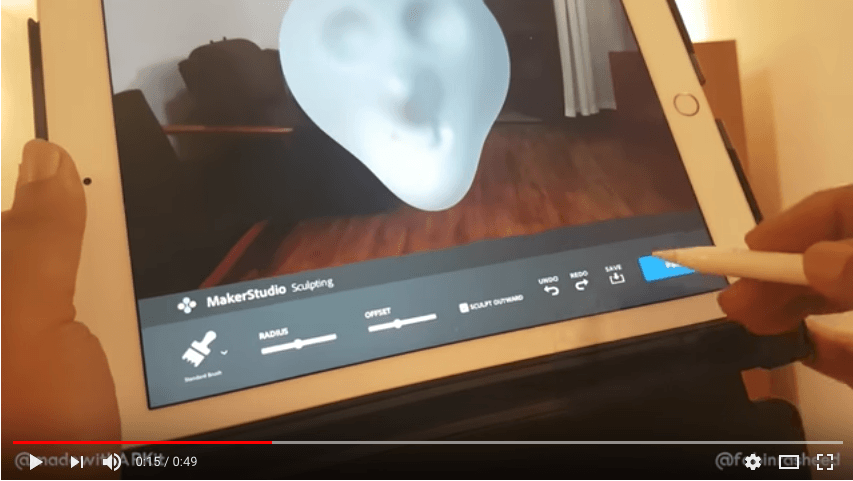 While I was at WWDC this year I was talking to a friend that happens to know quite a bit about what’s going on at Apple. I was gushing about the improvements to iPad with iOS 11. At some point he interrupted me to explain the biggest game-changer in iOS 11 is not iOS productivity. “It’s AR”, he said. If augmented reality is new to you, it’s a technology that allows you to overlay computer generated bits over photos and video of the real world. Imagine holding up your phone to look at a line of shops with an AR arrow drawn over the screen to show you the most efficient route you can take to find spicy carrots.

ARKit is Apple’s attempt to bring augmented reality to the masses. Historically, the problem with most AR implementations is that it required two distinct sets of skills. First, the app developer had to have a great idea about how to use AR and second, the developer had to be a wizard at building an underlying AR engine. It’s that second part that prevented much exploration on the first part. As a result, there are very few examples of AR on iOS (and even fewer examples of good AR on iOS).

So my well-connected friend told me that we should not underestimate Apple’s ARKit. As explained to me, a group of very smart people spent years building the ARKit API’s that we’re now seeing with iOS 11. ARKit does all the heavy lifting for app developers that want to add an augmented reality system to their app. It effectively democratized AR so any developer with a good idea can tap into all that work for their AR engine with just a few lines of code.

I admitted to my friend back at WWDC that while I thought ARKit was cool, I didn’t really see why it could be such a big deal. In my head, the above spicy carrot example was the beginning and the end of how I’d use AR in my life.

When iOS 11 ships (probably only a matter of weeks from now), augmented reality is, overnight, going to transform from a fringe technology to something installed on hundreds of millions of iOS devices. I think my friend back at WWDC was right. This is going to be a big deal.

ARKit is going to usher in the newest gold rush for app developers. Once iOS 11 ships, there are going to be several developers that do something brilliant with augmented reality and their apps are going to go gangbusters. To me, however, the real interesting part will be after that initial wave, when someone comes up with a great idea for augmented reality that is completely out of the box and changes a little something for everyone. I fully expect that to happen.