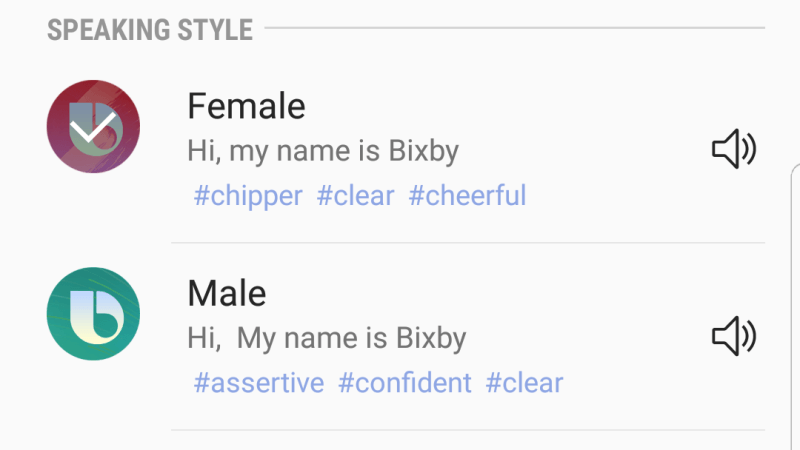 After months of delays, Samsung’s much ballyhooed voice assistant Bixby is here — and users on social media are already noticing the company’s loaded, sexist characterizations of its female and male voices.

Inside Bixby’s “language and speaking style” menu, Samsung describes its female voice as “chipper” and “cheerful,” while the male voice is described as “confident” and “assertive.”